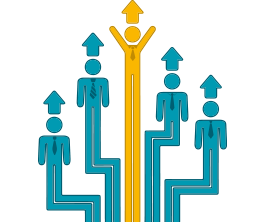 The main aim of the Proposal is to prevent market manipulation and insider trading on wholesale energy (gas and electricity) markets. The Proposal contains several provisions relevant to the protection of personal data, including those on market monitoring and reporting and investigation and enforcement. The EDPS recommendations included the following:

The Proposal should clarify whether any personal data may be processed in the context of market monitoring and reporting and which safeguards will apply. If, in contrast, no processing of personal data is expected (or such processing would only be exceptional and would be restricted to rare cases, where a wholesale energy trader might be an individual rather than a legal entity), this should be clearly set forth in the Proposal, at least in a recital.

Provisions on data protection, data security and accountability should be clarified and further strengthened, especially if the processing of personal data would play a more structural role. The Commission should ensure that adequate controls are in place to ensure data protection compliance and provide evidence thereof ("accountability").

The Proposal should clarify whether on-site inspections would be limited to a business property (premises and vehicles) of a market participant or also apply to private properties (premises or vehicles) of individuals. In the latter case, the necessity and proportionality of this power should be clearly justified and a judicial warrant and additional safeguards should be required. This should be clearly foreseen in the proposed Regulation.

The scope of the powers to require "existing telephone and existing data traffic records" should be clarified. The Proposal should unambiguously specify what records can be required and from whom. The fact that no data can be required from providers of publicly available electronic communications services should be explicitly mentioned in the text of the proposed Regulation, at least in a recital. The Proposal should also clarify whether the authorities may also require private records of individuals, such as employees or executives of the market participant under investigation (e.g. text messages sent from personal mobile devices or browsing history of home internet use). If this would be the case, the necessity and proportionality of this power should be clearly justified and the Proposal should also require a warrant from a judicial authority.