The Opinion regards the use of thermal imaging cameras and the auto-track functionality of pan-tilt cameras at the European Central Bank (ECB). Under the EDPS Video-surveillance Guidelines such "high-tech video-surveillance tools" are subject to prior checking and permissible only subject to a DPIA. The DPIA conducted by the ECB allowed the EDPS to assess the permissibility of the technique used by the ECB.

The EDPS concluded that, because of the comprehensiveness of the information provided in the notification, of the outcome of the assessment and of the circumstances driving the ECB to apply these measures, operations may start before certain additionally recommended data protection safeguards have been implemented.

Publication Accountability on the ground: Guidance on documenting processing operations for EU institutions, bodies and agencies

Accountability on the ground: Guidance on documenting processing operations for EU institutions, bodies and agencies (EUIs). These documents provide provisional guidance for controllers and DPO in the EUIs on how to generate records for their processing operations, how to decide whether they need to carry out data protection impact assessments (DPIAs), how to do DPIAs and when to do prior consultations to the EDPS (Articles 31, 39 and 40 of Regulation (EU) 2018/1725).

Part I: Records and threshold assessment

Part II: DPIAs and prior consultation 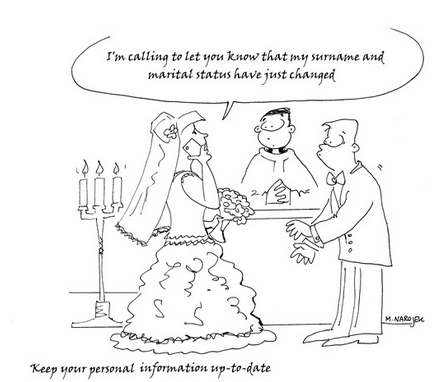 When EU institutions and bodies process personal data, they must comply with the principle of accountability and the obligations set out in the EU Data Protection Regulation 45/2001. EDPS Factsheet 3 provides information on how the EDPS works with the EU insitutions to ensure they achieve compliance.

2018 was a busy year for the EDPS and a pivotal year for data protection in general. Under new data protection rules, the rights of every individual living in the EU are now better protected than ever, the European Data Protection Supervisor (EDPS) said today, as he presented his 2018 Annual Report to the European Parliament’s Committee on Civil Liberties, Justice and Home Affairs (LIBE).

Press Release Data Protection and Privacy in 2018: Going beyond the GDPR

2018 will be a landmark year for data protection. As co-host of the 2018 International Conference of Data Protection and Privacy Commissioners (ICDPPC) and a key player in the reform and implementation of the new EU data protection framework, the EDPS will remain at the forefront of the global dialogue on data protection and privacy in the digital age, the European Data Protection Supervisor (EDPS) said today, as he presented his 2017 Annual Report to the European Parliament’s Committee on Civil Liberties, Justice and Home Affairs (LIBE).

Publication Consultations in the field of Supervision and Enforcement

Policy on Consultations in the field of Supervision and Enforcement

The new EU data protection framework consists of much more than just the GDPR. New rules for the EU institutions and ePrivacy are yet to be finalised, and remain a key focal point for EDPS work. As well as providing advice to the legislator on these new rules, the EDPS has started working with the EU institutions and bodies to prepare them for the changes to come. A particular focus of his efforts in 2016 was on promoting accountability, a central pillar of the GDPR which it is safe to assume will also be integrated into the new rules for EU institutions and bodies.

The EDPS aims to make data protection as simple and effective as possible for all involved. This requires ensuring that EU policy both reflects the realities of data protection in the digital era and encourages compliance through accountability.

Full text of the Annual Report:

Publication The accountability principle in the new GDPR

Speech by Giovanni Buttarelli given at the European Court of Justice, Luxembourg

Opinion on the Proposal for a Regulation of the European Parliament and of the Council on energy market integrity and transparency, OJ C 279/03, 23.09.2011, p.20

The main aim of the Proposal is to prevent market manipulation and insider trading on wholesale energy (gas and electricity) markets. The Proposal contains several provisions relevant to the protection of personal data, including those on market monitoring and reporting and investigation and enforcement. The EDPS recommendations included the following:

The Proposal should clarify whether any personal data may be processed in the context of market monitoring and reporting and which safeguards will apply. If, in contrast, no processing of personal data is expected (or such processing would only be exceptional and would be restricted to rare cases, where a wholesale energy trader might be an individual rather than a legal entity), this should be clearly set forth in the Proposal, at least in a recital.

Provisions on data protection, data security and accountability should be clarified and further strengthened, especially if the processing of personal data would play a more structural role. The Commission should ensure that adequate controls are in place to ensure data protection compliance and provide evidence thereof ("accountability").

The Proposal should clarify whether on-site inspections would be limited to a business property (premises and vehicles) of a market participant or also apply to private properties (premises or vehicles) of individuals. In the latter case, the necessity and proportionality of this power should be clearly justified and a judicial warrant and additional safeguards should be required. This should be clearly foreseen in the proposed Regulation.

The scope of the powers to require "existing telephone and existing data traffic records" should be clarified. The Proposal should unambiguously specify what records can be required and from whom. The fact that no data can be required from providers of publicly available electronic communications services should be explicitly mentioned in the text of the proposed Regulation, at least in a recital. The Proposal should also clarify whether the authorities may also require private records of individuals, such as employees or executives of the market participant under investigation (e.g. text messages sent from personal mobile devices or browsing history of home internet use). If this would be the case, the necessity and proportionality of this power should be clearly justified and the Proposal should also require a warrant from a judicial authority.

Opinion on the Communication from the Commission on "A comprehensive approach on personal data protection in the European Union", OJ C 181/01, 22.06.2011, p.1

See also the text of the Communication from the Commission to the European Parliament, the Council, the Economic and Social Committee and the Committee of the Regions - "A comprehensive approach on personal data protection in the European Union".

Publication Towards a new digital ethics: Data, Dignity and Technology