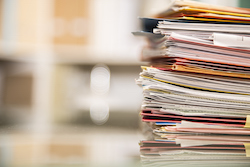 We issue formal comments as part of our role as advisor on all matters relating to the procesing of personal data.

Similar to our Opinions, our Formal Comments are issued in response to a request from the European Commission under Article 42(1) of Regulation (EU) 2018/1725 and address the data protection implications of a legislative proposal or a draft implementing or delegated act. Our Formal comments are usually shorter and more technical, or only address certain aspects of a proposal.