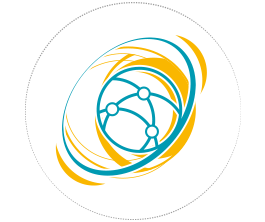 The supervision of these databases is shared between the national Data Protection Authorities and the EDPS.

In order to ensure a high and consistent level of data protection, national DPAs and the EDPS work together to coordinate the supervision of these databases.

2019 could be described as a year of transition, across Europe and the world.  With new legislation on data protection in the EU now in place, the greatest challenge moving into 2020 and beyond is to ensure that this legislation produces the promised results. Awareness of the issues surrounding data protection and privacy, and the importance of protecting these fundamental rights, is at an all-time high and this momentum cannot be allowed to decline.

This Annual Report provides an insight into all EDPS activities in 2019, which was the last year of a five-year EDPS mandate. EDPS activities therefore focused on consolidating the achievements of previous years, assessing the progress made and starting to define priorities for the future.

The July 2016 edition of the EDPS Newsletter covers the EDPS Opinion on Privacy Shield, the 2015 Annual Report, the EDPS Accountability Initiative and many other EDPS activities.

2014 was a year of transition for the EDPS, marked by the delayed selection and appointment of a new Supervisor and Assistant Supervisor. Despite the resulting uncertainty, the EDPS under the calm authority and tireless efforts of Peter Hustinx, whose 10-year tenure as EDPS drew to a close in 2014, continued to make significant progress in mainstreaming data protection in EU policymaking.

Building on this legacy, the EDPS' priorities for 2015, as part of the five year strategy of the dynamic team of new Supervisors, is to help the EU to speak with one voice on data protection to uphold the rights and interests of the individual in our digitalised society. To this end, the adoption of the data protection reform will be a significant milestone for Europe and an important message to the rest of the world.